Time is our only challenge

On Monday, June 19, 2023, more than 1,000 sustainable cyclists will cycle nearly 400 kilometers*. A trip along the coastline that is created in the Netherlands when the sea level rises too far. A coastline that as far as Cycling 4 Climate is concerned should never become reality.

We can no longer wait to draw attention to the rising sea level and its consequences for the entire Randstad area and some 9 million Dutch citizens. Last century, the sea level already rose by 20 centimetres. This century, there is a risk of a further 80 centimetres being added. We must prevent this at all costs.

The Belgian edition will take place on June 18, click here for more info.

Yes, I want to register

The Climate Classic 2022 is made possible by:

Why are we cycling along this coastline?

We follow the coastline that lies on the Ordnance Datum. This coastline runs roughly from Groningen to Goes. Without human measures such as building dykes and pumping, this would be the coastline in the Netherlands.

We use the coastline as a metaphor because it makes clear that climate change can have a real impact and that it could affect everyone in the Netherlands. As a country with a quarter of its surface area below sea level (NAP), we are vulnerable to flooding.

At the same time, our bicycle tour shows that with cooperation, speed and perseverance, we can achieve a great deal. The same aspects play a role in tackling climate change. Only together can we prevent the NAP coastline from becoming a reality.

The route is not signposted. We trust that all participants can work with a garmin or gpx reader. The routes will be announced one week before the tour.

At the break locations there will be simple technical support: So make sure your bike, and yourself, are in top condition!

* Information on sea level rise from KNMI can be found here. 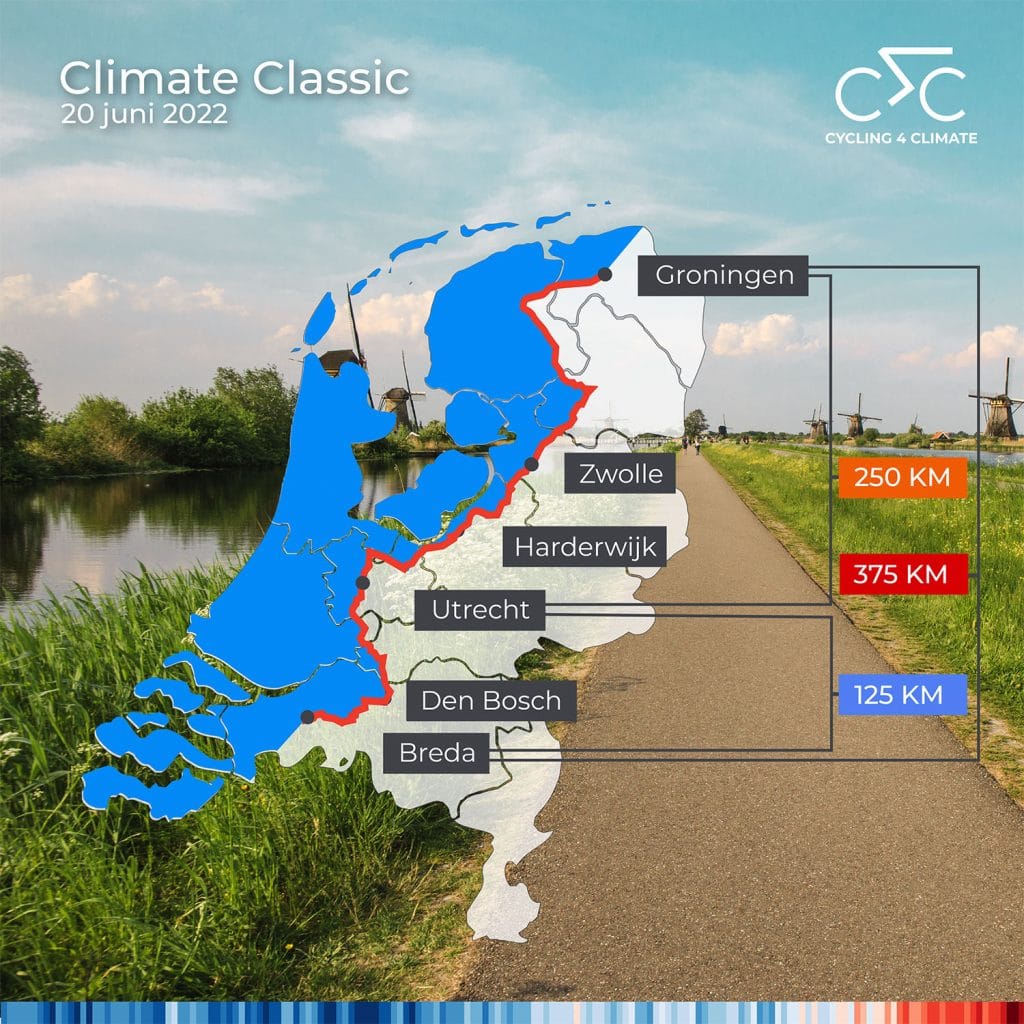 Yes, I want to register

"TOGETHER WE CAN
MEET THIS CHALLENGE,
TIME IS OUR BIGGEST
OPPONENT"

The stripes you see in the background here show the global
temperature change since 1850. Click here for more info.

Our call to the Netherlands

"With our 400 km bicycle tour in one day, we show that together you can get far. We call on all Dutch people in general and the one million cyclists in our country in particular to get on their bikes as often as possible. Pedal to work more often or rent a public transport bike after a train journey. Even if the distance is greater, the bike is a great way to get around. You are in the open air and can enjoy the city or nature. It reduces CO2 emissions, it's healthy and, together, we ensure that our children and grandchildren will have dry feet in the future.

When will the water come?

Find out more about sea level rise and its impact on our country below.

Why climate change is a pandemic in slow motion.

"In recent years, sea levels have been rising twice as fast as in the 20th century - currently by between 4 and 5 millimetres a year - and this speed is increasing all the time."

"The low-lying country has centuries of experience managing water. Now climate change is threatening to flood it completely."

Article in the Correspondent 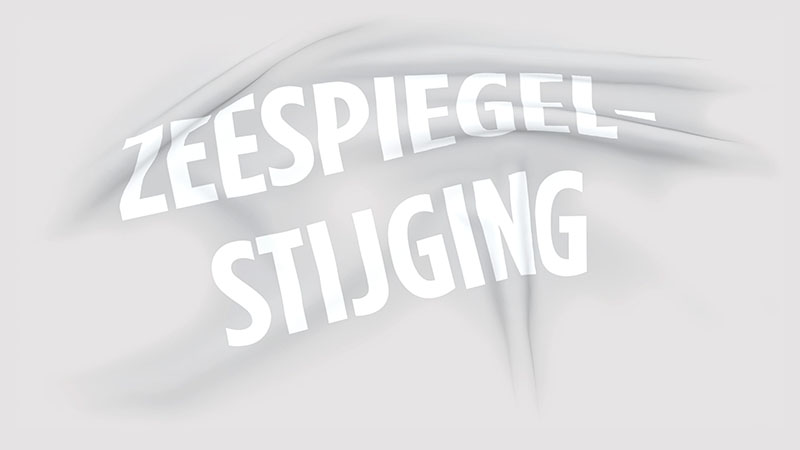 "Once the water reaches our lips, it is (much) too late to do anything about it."

Our mission is to make sustainability fun with cycling events, raise awareness about the climate crisis and show how we can make an impact. Cycling 4 Climate has an ANBI-status.

Sign up to be the first to know about new events!